As a teenager, I used to go skiing in the Alps, in Valle d’Aosta, the austere north-western part of Italy, crowned by dramatic peaks. On a sunny, crisp, late winter day, coming down the slopes was exhilarating. And exhausting after a few hours of fun. By late lunch, I was starving. We would generally find a safe spot and have a picnic – a slab of focaccia, stuffed with ham or mortadella, a coke and some chocolate. The local alimentari down in the village used to sell a great focaccia and I indulged often. I have never come across a bakery or alimentari in Italy that does not sell focaccia, though not perhaps always as good as the one I used to buy up there in the mountains. Now that I think of it, this is a little curious, because focaccia is actually specific to Liguria, in the north-west of Italy, but it has become a national food in the past few decades.

It is only in Liguria, however, that I have come across the lesser known focaccia d Recco, which is not a focaccia in the conventional meaning, but a flat bread, stuffed with cream cheese. 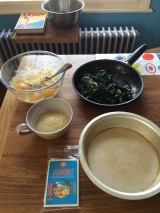 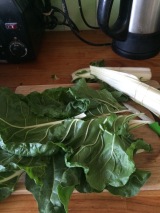 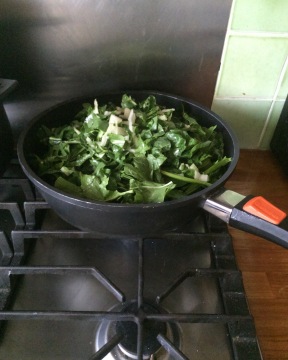 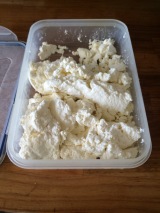 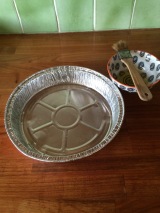 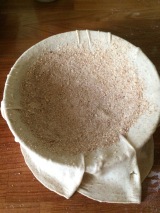 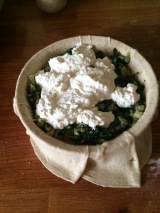 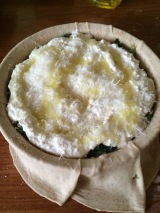 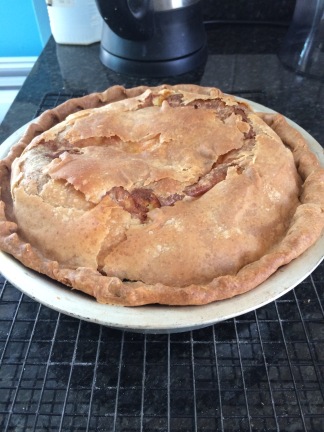 To say that we Italians are food traditionalists is an understatement. Time and time again we go back to dishes that we have known since we were kids and we still enjoy them immensely. Come Easter and torta pasqualina will appear on very many tables. “Torta pasqualina” translates as Eastertide cake but it is actually a savory pie: layers of a golden, shatteringly flaky olive oil pastry, encasing a substantial filling of chards (biete, in Italian), fresh soft cheese, Parmigiano or pecorino , eggs and marjoram. It is a centuries old dish and one of the highlights of the Italian vegetarian canon – the quintessential spring dish. END_OF_DOCUMENT_TOKEN_TO_BE_REPLACED 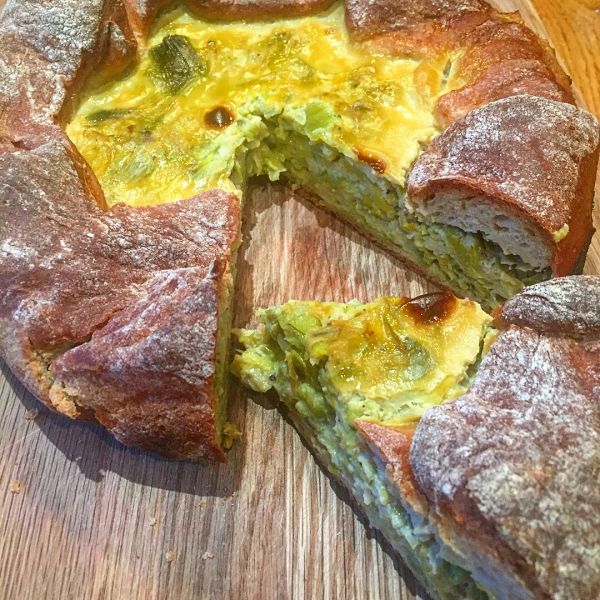 This is porrata or torta di porri, a leek pie – porri means leeks in Italian.

I learnt it from one of my favourite websites: Memorie di Angelina, written by Frank Fariello and chock a block with great authentic Italian recipes. In turn, Frank learnt it from Giuliano Bugialli and Bugialli claims it to be of Tuscan origin. END_OF_DOCUMENT_TOKEN_TO_BE_REPLACED

Italian torte salate, savoury pies, are popular, every day dishes for home cooking. They are endlessly versatile, inexpensive to make and, above all, taste great. A crust of short or puff pastry, some cooked vegetables, a little ham or other Italian cured meat (mortadella, speck) for extra flavour if you choose, eggs or béchamel sauce or ricotta to bind: this is all you need for a lovely meal. END_OF_DOCUMENT_TOKEN_TO_BE_REPLACED

All over the world the word “pizza” usually refers to a slab of hot bread dough topped with savoury bits and pieces. However, in Italian cookery, and particularly in Southern Italian cookery, “Pizza” also means “pie”: one can talk of a “pizza di ricotta”, for instance, a sweet ricotta pie or of a “pizza di scarola”, a savoury pie with an escarole filling. One of the best of these pizza-pies is “pizza rustica”, END_OF_DOCUMENT_TOKEN_TO_BE_REPLACED