When making fresh egg pasta, the most common ratio is 1 egg for every 100 g flour. However,  the sfoglia (that is the name of the pasta dough in Italian) can be  as rich/lean as the cook wants. I was recently reminded of this whilst browsing a little book about traditional Piedmontese cooking , Ricette di Osterie di Langa,  published by Slowfood few years ago. END_OF_DOCUMENT_TOKEN_TO_BE_REPLACED 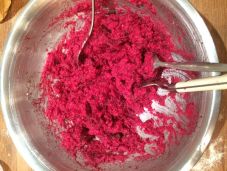 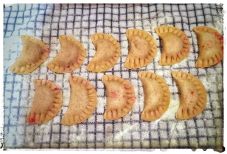 Winter, mountain, robust eating from the Italian Dolomites. The color of the beetroot filling is stunning too, which does help in these rather lugubrious days .  END_OF_DOCUMENT_TOKEN_TO_BE_REPLACED

Time to change gear: autumn is here and I want to explore more of the wonderful northern Italian repertoire, which I think lends itself better to this time of the year.

This vegetable terrine hails from Piemonte, or, to be precise, from this tremendous book about Piedmeontese cooking: if you read Italian, do get it. This is not your typical recipe driven cookery book but one where the emphasis is on food as culture.
it is a layered affair of cooked chopped vegetables, with each vegetable layer enriched with eggs and béchamel sauce: an excellent example of that Italian bourgeois , Sunday lunch cooking, now almost disappeared. END_OF_DOCUMENT_TOKEN_TO_BE_REPLACED 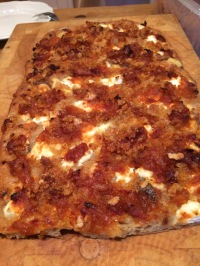 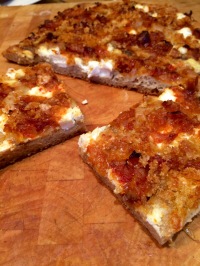 Sfincione is the pizza of Sicily: contrary to its Neapolitan counterpart, which is generally round, sold in individual portions, with a thick cornicione, a thin centre and not too much topping, sfincione is generally baked in large trays and sold cut up in hefty portions (even if there are also small, individual  sfincioni, called sfincionelli, approximately 300 g each); it is quite thick all over, with a soft and pillowy dough (sometimes a little lard is added to the dough, which I greatly approve of) and it is laden with toppings. It is another thing altogether and something I urge you to explore – sfincione lends itself to domestic home baking much better than Neapolitan pizza. END_OF_DOCUMENT_TOKEN_TO_BE_REPLACED 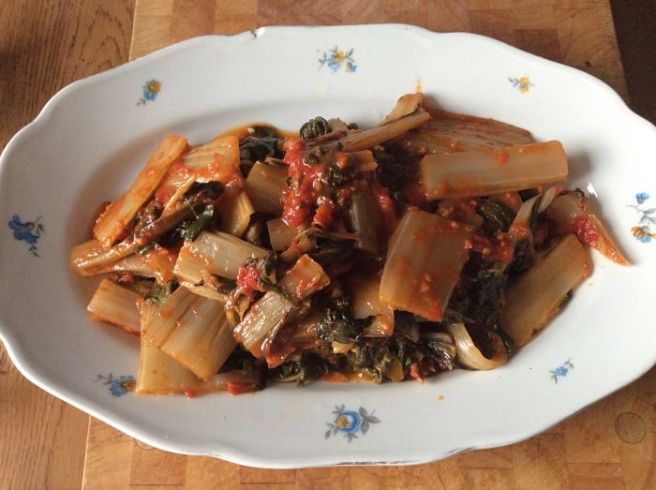 Sicilian cooking is not just opulence and extravagance. This dish of chards  with tomatoes, garlic and peperoncino (chili pepper) is a good example of cucina povera:  a handful of a few basic, cheap ingredients delivers a hugely satisfying contorno di verdura (vegetable side dish).  “Giri” is how chards are named in the dialect of Palermo and “Assassunare” derives from the French “Assaisonner” which means “to season”: in Sicilian culinary terms when something has been sautéed  in oil and garlic, to get impregnated with that lovely flavor,  they say it has been “assassunatu”.